Posted by barakifamily on January 22, 2014 in Uncategorized
Permalink
Leave a comment

Welcome to Defend the Rights of Unborn Babies in Ethiopia Site!

Posted by barakifamily on November 8, 2013 in Uncategorized

The mission and purpose of this blog site is to educate and inform all Ethiopians — students, intellectuals, religious groups, law-makers, physicians, medical students, nurses, politicians, and the general public — on the sanctity and dignity of  human life in all its stages (from conception to its natural death). This site will utilize all available audio-visual materials and sources of information prepared by competent scientific, political, and religious authorities in the United States and elsewhere around the globe.

All Ethiopians and others are invited to visit often this site and use it without bias for objective learning experience by exploring and examining the sanctity of human life from scientific, philosophical, and theological perspectives and insights and learning and understanding about the real facts of reproductive health/family planning methods which are widely accepted and being implemented all over Ethiopia in all urban and rural healthcare centers, clinics and hospitals without any ethical or moral considerations. The semantics of “reproductive health” and “family planning” are disguised methods of destroying pre-born human lives that can be compared to a human holocaust and genocide in our modern and secular world that totally ignores the divine and natural laws. In other words, in our modern technologically advanced times, man is attempting to replace the divine laws with his own human laws, claiming that man can control its own destinies through human science and technology without the need of Divine intervention; and in the process man is violating the inherent and the inalienable God-given rights to life and the pursuit of happiness of those defenseless conceived and unborn human creatures in their mothers’ wombs. In the name of reproductive health and family planning, in order to reduce poverty and improve women’s health, pre-born babies are being destroyed and discarded nowadays nationwide in Ethiopia by common and wide-spread abortions and other related anti-life methods. Simply today in Ethiopia a silent holocaust of unborn babies undeniably is taking place! It is about time for all Ethiopians with a right mind and conscience to speak out and stand up like other people around the world to stop this tragic and heinous crime against unborn human lives. It is better to fear the Creator instead of ungodly and secular human medical and governmental authorities who neglect and implicitly or explicitly are allowing the killings of innocent and defenseless unborn human beings!

What could Ethiopians learn from the following video reports in the United States of America that has been legally destroying babies since the infamous legalization of abortion became a constitutional law of the country on January 22, 1973 — and which became responsible in causing  some estimated 50-70 millions of human lives to be aborted since then? And what could Ethiopians learn from those dedicated Americans who have been standing up and fighting since 1973 to change the inhumane Supreme Court’s Decision of Legalized Abortion of 1973 in order to save millions of unborn babies in the United States of America from being slaughtered in their mothers’ wombs?

Please watch all the videos posted on this blog-site and educate yourselves about the reality of fertilized and conceived human lives in the wombs or laboratories and the deception of reproductive health and family planning methods that being fully implemented and already being used in destroying innocent human lives through abortifacient-drugs and medical procedures of pregnancy terminations, including common abortions in Ethiopia!

Oppose the killing of children by abortion, contraception,

human embryo experimentation, IVF, human cloning and related activities;
how such activities are modern forms of slavery, destroy the environment,
and how Human Rights apply. (SOURCE: United for Life)

How to Break Out of Frames with JavaScript (Frame BreakOut Script) 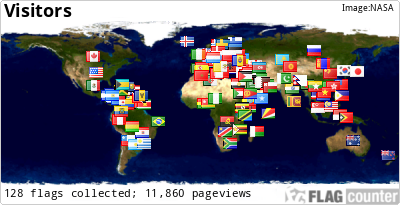